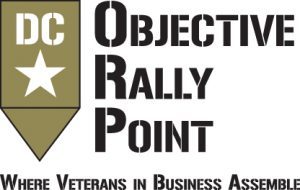 Retired U.S. Army Capt. Florent “Flo” Groberg was born in Poissy, France, May 8, 1983. Groberg became a naturalized U.S. citizen, Feb. 27, 2001, and graduated from Walter Johnson High School in Bethesda, Md., in June of the same year.
Groberg attended the University of Maryland, College Park (UMD) and competed in varsity track and cross country. In May 2006, Groberg graduated from UMD with a bachelor’s degree in criminology and criminal justice.Groberg entered the Army in July 2008 and attended Officer Candidate School at Fort Benning, Ga. He received his commission as an infantry officer, Dec. 4, 2008. After completing Infantry Officer Basic Course, Mechanized Leaders Course, U.S. Army Airborne and U.S. Army Ranger Schools, he was assigned to the 4th Infantry Division at Fort Carson, Colo., as a platoon leader.

Dr. London is Executive Chairman and Chairman of the Board of CACI International Inc (NYSE), a $3.6 billion information technology and professional services company, employing 16,000 employees in 120 offices worldwide. London joined CACI in 1972, and previously served as President and Chief Executive Officer from 1984 to 2007.

London is a graduate of the U.S. Naval Academy (1959) and the U.S. Naval Postgraduate School (1967), where he earned, respectively, a Bachelor of Science in naval engineering and a Master of Science in operations research. He holds a doctorate in business administration conferred “with distinction” from George Washington University (1971).

In the U.S. Navy (1959-1971), London served as a naval aviator and as Aide and Administrative Assistant to the Vice Chief of the Naval Material Command. In the Navy Reserve (1971-1983), he served as a designated Naval Aeronautical Engineering Duty Officer and commanding officer of aeronautical engineering reserve units with the Naval Air Systems Command, Washington, DC.

wns is a decorated Vietnam Veteran who served in the U.S. Army from 1966 to 1969. He was a Second Lieutenant Platoon Leader in Vietnam. Severely wounded in combat, he lost his left arm above the elbow. He was decorated with the Silver Star, Bronze Star with “V” device for Valor, the Vietnam Gold Cross of Gallantry, the Combat Infantryman’s Badge, and four Purple Hearts.

After the war, Mr. Downs continued his public service.  He is retired from the Veterans Administration as the Senior Executive Service (SES) Chief Procurement and Logistics Officer where he managed the national 13 billion dollar Veterans Health Administration’s Procurement and Logistics Program. He had also served as the Chief Consultant of the Prosthetic and Sensory Aids Service for the VA.

In addition to his VA duties Mr. Downs has worked on special assignments for the Department of Defense (DoD) and the State Department Agency for International Development (AID) to develop prosthetic projects in areas of civil conflict.  From 1987 to 1992, he was a key member of the humanitarian team established by General John W. Vessey, Jr. Presidential Envoy to Vietnam on POW/MIA Affairs.

MG Sherlock is the President and CEO of the Association of Air Medical Services (AAMS) and the MedEvac Foundation International.  AAMS is the international trade association for providers of rotary-wing and fixed-wing air medical transport services and for ground critical care and specialty care transport services.  The MedEvac Foundation is the industry’s leading charitable organization that supports AAMS, its members, and the patients they serve with research, education, and outreach programs, and with charitable grants and awards.   MG Sherlock is an experienced executive with over 20 years of demonstrated leadership in building and transforming high-profile government and private-sector operations into agile, high-performance organizations that exceed objectives.  His government and private-sector experience includes an extensive background in strategic planning, operations, training, resource management, human resource management, and in aviation operations, maintenance, and safety programs.

Prior to joining AAMS and the MedEvac Foundation International, MG Sherlock had a very rewarding and challenging career in the U.S. Army, where he served in a wide variety of positions, including the Chief of Staff and the Director of Strategy, Plans, and Programs for U.S. Africa Command in Stuttgart, Germany.  Rick served in senior positions in the Pentagon, on both the Joint Staff and on the Department of the Army Staff, and routinely interacted with Congressional Members, committees, and staffs and with the U.S. and International Press Corps.  He served in Iraq, and has led organizations of all sizes, from large organizations to small high-performing teams. 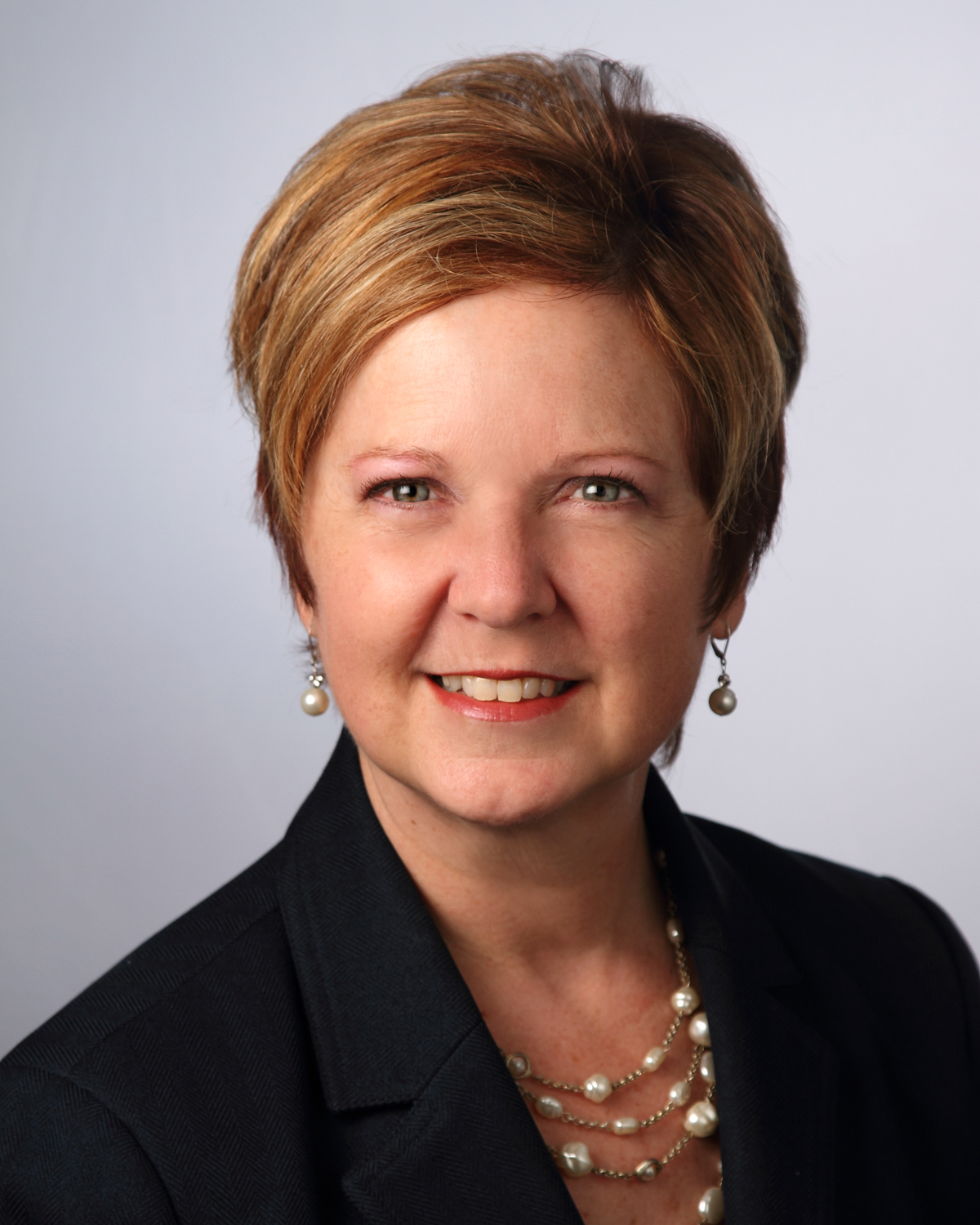 Gloria is the president of TargetGov, which focuses on government procurement and related business development and marketing services. Clients have won more than $3.5 billion in federal contracts as a direct result of TargetGov’s services. Gloria is a frequent speaker and author on business development issues for government contractors. One of her books, “The Basic Guide to Government Contracting,” is in its fourth printing.

Lou is the Founder and President of Crenshaw Consulting Associates LLC, a Service Disabled, Veteran Owned Small Business. He has a record of four decades of proven executivesuccess in a broad range of leadershippositions in the public and private sectors. Lou was a Principal in the global accounting firm, Grant Thornton, LLP from 2007-2013 where he was the National Industry Partner in charge of the firm’s Aerospace and Defense Industry segment. Lou was also the Defense and Intelligence Sector lead in Grant Thornton’s Global Public Sector. From 1974-2007 Lou was in the United States Navy, culminating his career as the Deputy Chief of Naval Operations for Resources, Requirements and Assessments (N8). He commanded an Attack Squadron (VA-85), Carrier Air Wing (CVW-1), Carrier Battle Group (CCG-8) and the Naval Region Europe. Lou is a graduate of the US Naval Academy and the US Naval Test Pilot School and is a Certified Defense Financial Manager (CDFM).

Doug is a former Navy Judge Advocate General (JAG) who has had a long distinguished record of representing clients in litigation matters. Doug is currently the president of the Fairfax County Bar Association, a voluntary professional organization with more than 2,000 attorneys practicing in Virginia, the District of Columbia, and Maryland. Doug is particularly skilled in diagnosing and solving problems in their earliest stages and has a proven track record of avoiding costly and unnecessary litigation.

Freddi is a seasoned executive coach specializing in the power of communication and interpersonal skills to achieve professional growth and business development goals.  Freddi founded Business Stamina in 2004 after more than two decades as a corporate marketing executive and successful entrepreneur. She is president of the International Coaching Federation and is an accredited practitioner of the Myers-Briggs Type Indicator assessment.  She also holds a clearance to work in secure government environments.

Freddi had a very successful career (about 20 years) as a corporate marketing professional and business owner, and then, starting in 2004, as an executive coach, specializing in communication coaching. Communication styles can create and remove stress in the workplace. She teaches clients how to improve connections, and decrease misunderstanding by the way they talk.
Through her coaching, health and wellness remains a constant theme with the understanding that one can not serve others well, if one can not care for self. In her research around stress she found that most stress is self induced. Therefore, it can be mitigated with making different more deliberate choices. And through training, executives can reduce their own stress once they have new strategies to assist them. By serving executives and managers in high stress positions Freddi has helped hundreds of highly specialized professionals to function better, reduce stress, perform more effectively and ultimately to retain their positions.